Cultural do’s and don’ts in Nepal 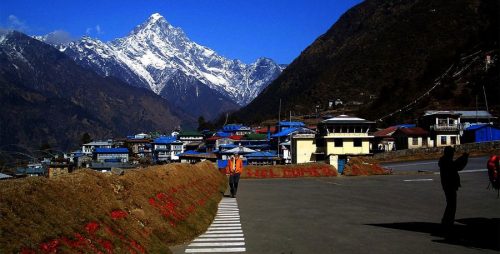 Nepal, the Himalayan country, is officially called the Federal Democratic Republic of Nepal. It is in South Asia. It borders China in the north and India in the south, east, and west. It is the 49th largest country by population and 93rd largest country by area. It is landlocked means it does not touch any sea and ocean. Nepal has a diverse geography, including fertile plains, subalpine forested hills, and eight of the world’s ten tallest mountains, including Mount Everest, the highest peak on the Earth. Kathmandu is the capital and the largest city in Nepal.

Nepal is a multi-ethnic and multi-cultural nation. Here, people value their culture and customs more. Some of their customs you will find interesting, some strange, and others beyond scientific logic. The below list is some cultural dos and don’ts in Nepal.

Cultural do’s and don’s in Nepal

IN NEPAL, YOU MAY ALSO LIKE BELOW POPULAR TRIPS:

It’s my dream from my childhood to reach the base camp of Mount Everest. By reading several travel books I knew it needs one experienced trek organizer for the best trip experience. I talked with a couple of friends who already did it. They recommended me Excellent Himalaya Trek and ...Read More

My husband and I did Nepal Tour 7 nights 8 days in the first week of April 2018. The trip was fantastic. We visited Kathmandu, Pokhara, and Chitwan. Before we fixed this trip Mr. Suman, the manager, he sent us detail on various trips to Nepal in the email. He ...Read More

I finished Annapurna circuit trek including Poon Hill last November 2017. It was the awesome trekking that I had ever done in my life in terms of perfect Himalayan views, beautiful villages, nice local people and several sceneries. My trek was organized by Excellent Himalaya Trek and Expedition.  Before the ...Read More