Monsoon Trek Nepal provides a wonderful Himalayan experience too. Most of the people think that trekking during Monsoon season is not as much as romantic due to high precipitation. They also explain during fall seasons mountain views are regularly unnoticed by the clouds, temperatures get uncomfortable due to humidity, and it rains almost every day. But in the case of Nepal, it does not apply in all trekking routes. In Nepal Himalayan zone there are some rain shadow areas where the rain falls relatively very less due to the effect of the topographic barricade. Those areas include some of the top trekking routes of Nepal. These are reachable year around. But for monsoon trekking, they are like heaven for all hiking lovers.

Other Trekking Routes during Monsoon

In Nepal Monsoon begins from June and continues to August. It gradually falls down in early September and ends in mid-September. During monsoon the other common trekking routes might be disturbed by rainfall, the Mountain View may have hidden by clouds. However, it has its own advantages also if also trek in those routes. In monsoon normally every trekking trail is less crowded. The valleys and the forests are bloom with lush vegetation and colorful flowers. All the villages are with locals. They are often working in their fields. The people who know these facts also go for trekking in normal routes as well.

Tips for Monsoon Trek in Nepal

To trek in normal trekking trails during monsoon some additional stuff like an umbrella or waterproof rain suit, insect repellent to avoid leaches, waterproof cover for the backpack are to be carried compulsorily. The additional tip is, start walking early in the morning because the rain normally falls in the afternoon. In morning time the mountain is out of the cloud with fantastic views.

Here below is the list of Recommended Trekking Packages for Monsoon. 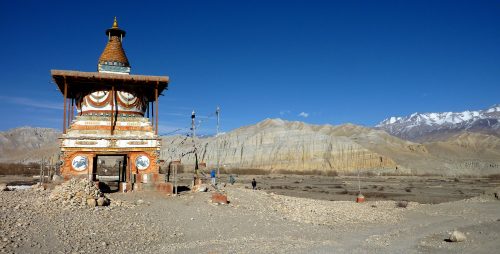 Upper Mustang Trek is a journey to the former Himalayan Kingdom which is also entitled to the Last Forbidden Kingdom. The Upper Mustang region lies in the northwestern part of Nepal and at the top of the Kali Gandaki River. For centuries this is most mysterious and least known territory ... 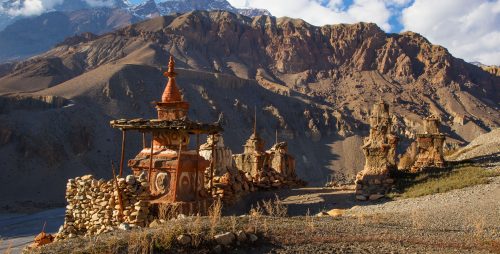 Lower Dolpo Trek is an exotic journey to the hidden land in the corner of Nepal’s western Himalaya. The journey of Lower Dolpo trekking is visiting the southern part of Dolpo region. It opened for foreigners since 1989. Dolpo trekking boasts impressive ancient monasteries, isolated Tibetan style villages, pristine lake, waterfall, ... 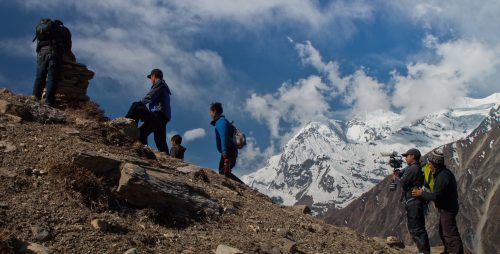 Tsum Valley trek is a journey to possibly the most beautiful hidden valley nestled in Nepal’s western Himalayas. Tsum Valley was opened for tourists only from 2008. This valley boasts pristine nature and ancient cultural heritage. As mentioned in Tibetan Buddhist script this valley was described as the land of ... 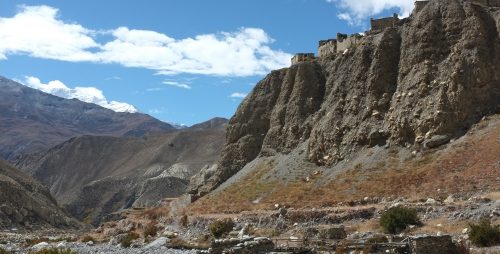 Nar Phu trek is a journey to the two classical hidden Himalayan villages located at the backdrop of Annapurna Mountain range in the northwestern part of Nepal. Although these villages are nearby Annapurna region they are almost like isolated places and still they are unexplored & untouched by many visitors. ... 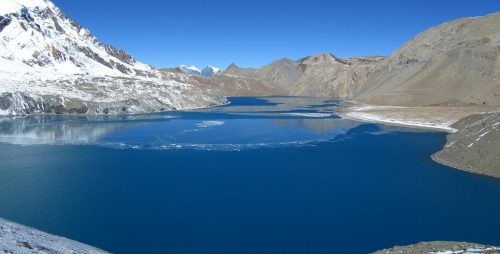 Tilicho Lake Trek with Annapurna Circuit is an incredible walking journey to discover Tilicho, the world’s highest altitude lake located at 4919 meters / 16,240 feet above sea level in Annapurna zone of Nepal. This lake has been formed by the melt of all the glaciers from northern slopes of ... 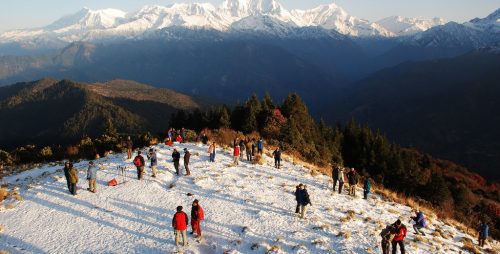 Langtang Valley Trek is a pleasing short hiking tour that takes you to explore the alpine Langtang region situated northern side of Kathmandu. This beautiful valley surrounds by the majestic Himalayan peaks. The Langtang valley and its adjacent area are designated as Nepal’s first National park in the Himalayan territory. ...